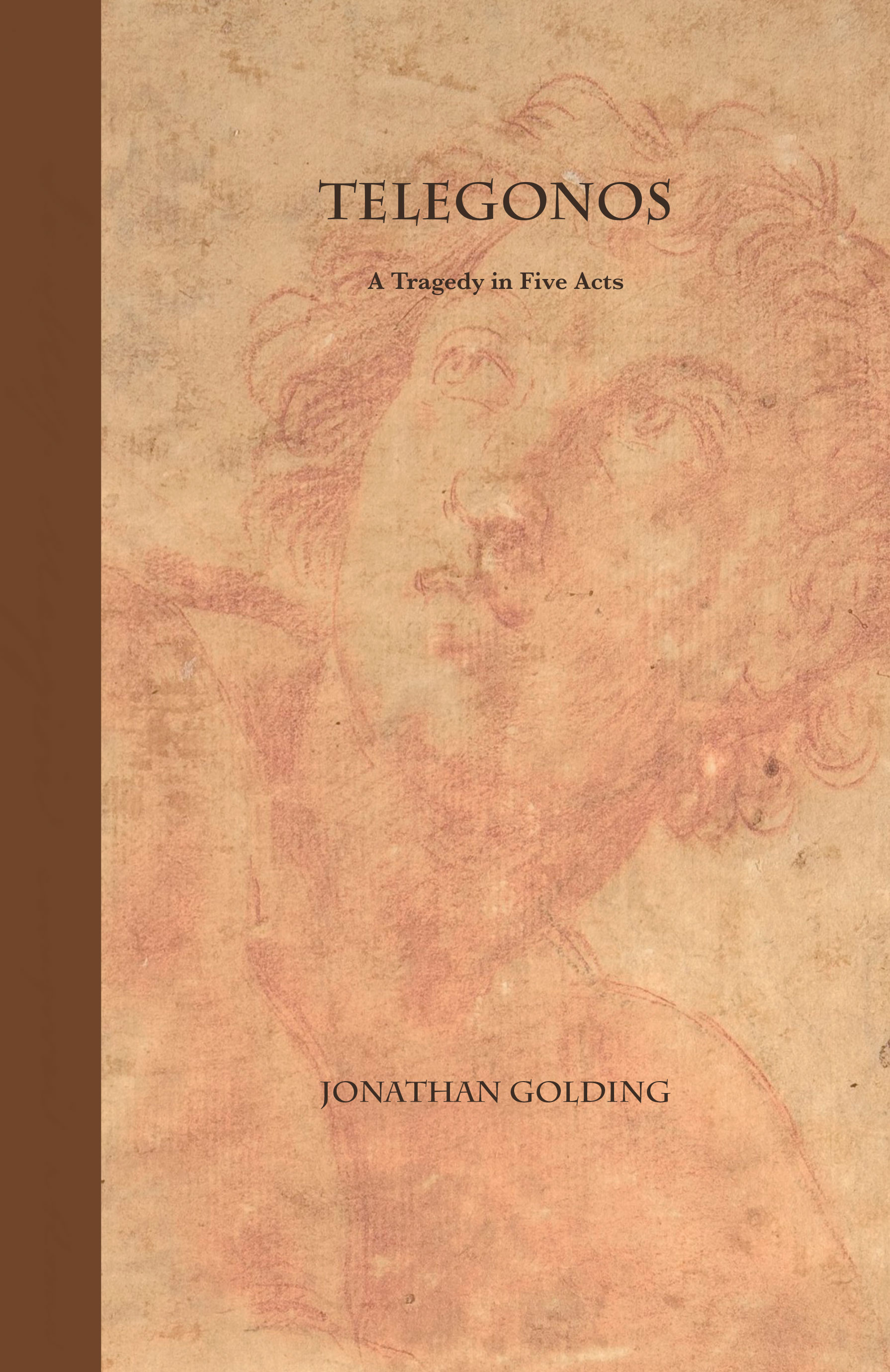 In Jonathan Golding’s Telegonos, formidable poetic artistry and a familiar yet expanded Homeric cast are on impressive display. Grounded in literary and classical tradition while evincing powerful individual talent, this five-act play deploys defining conventions of Attic and Shakespearean dramatic mythos. At the same time, it boldly reorients Aristotelian features of tragedy—hubris, catharsis, peripeteia—and challenges cheap fatalism in light of the fertile depths of time. A masterful and provocative debut.

Gaelan Gilbert (PhD), Adjunct Professor of Literature & History at Hellenic College, and Visiting Professor of Arts & Humanities at the University of Saint Katherine

When the son of Odysseus and the goddess Circe sets out to seek his father’s land, disaster strikes and the wanderers are shipwrecked on a mysterious island. As dreams and omens gather around him, Telegonos must make the most harrowing decision of his young life. Told in poetic form, Telegonos offers a vision of the world of classical myth with allegorical overtones.

Telegonos by Jonathan Golding will be published this summer by Darkly Bright Press.

…and memory is scars of light in the darkness.
The Ancient Modern: The Forest Shade by Joshua Alan Sturgill

A split in the heart of the cotton…
The Pilgrimage: Part 27 by Phillip Neal Tippin