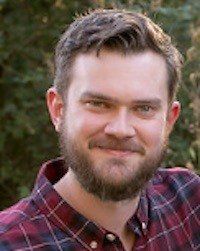 Richard W. Rohlin is a software developer, Germanic philologist, and Orthodox Christian living in Texas with his wife and children. His published works on Germanic poetry, the Inklings, and the Sacramental Imagination include The Digital Hervararkviða and a chapter in the recent anthology Amid Weeping There is Joy: Orthodox Perspectives on Tolkien’s Fantastic Realm. He is the co-host of the Amon Sul Podcast from Ancient Faith Radio, which examines the works of J.R.R. Tolkien from an Orthodox Christian perspective. He is also a regular contributor to The Symbolic World YouTube channel and blog, where he discusses and writes about medieval universal history and hagiography.

Richard’s latest project, Finding the Golden Key: Essays Towards a Recovery of the Sacramental Imagination, is being published in collaboration with Eighth Day Press and is still accepting abstracts through December 31, 2021: www.findingthegoldenkey.com.

For the 2021 Inklings Festival, Rohlin will present the following lectures:

To the Chapel of the Grail:
Arthur Machen and Celtic Sacramental Imagination

Arthur Machen and other scholars of his time intuited that the Grail Legend contained within it a memory of a lost Celtic liturgy, one of both older apostolic origin and of a more authentically British character than the Tridentine Mass. In Machen’s work, and in particular in his short story “Levavi Oculos,” he uses the Grail Legend as a means of navigating difficult questions of the relationship between place and sacrament, and the authenticity of imported spiritual traditions. Tracing the origins of the Grail Legend from its diverse Celtic, Iberian, and Levantine origins, I will suggest that Machen successfully resolves the question of “what has Wales to do with Jerusalem” in the persons and relics of the saints.

Their focus on the “Celtic” nature of the Grail Legend caused Machen, Waite, and others to largely reject the portrayal of the Grail legend found in continental sources beginning with Chrétien de Troyes. In this lecture, I will suggest that Machen et. al. were correct in their intuition about a liturgical origin for the Grail Legend, but that Chrétien was also aware of it, and in fact incorporated the shape of an ancient Christian liturgy into the structure of his Perceval ou le Conte du Graal.