What Pays in Coventry

The following dispatch appears under a special column entitled “Saturday Nights in War Time,” and its fulfillment required Arthur Machen to hit the road in search of a story. This time, the reporter turns up in the West Midlands town of Coventry, an old place, but newly converted into a bustling industrialized community to support the war economy. Machen’s observation of the working people’s buying habits would resurface in the opening chapter of The Terror (1917). Ever the medievalist, Machen does not refrain from crafting an elegy to the sacrificed remnants of Coventry’s rich past to the modern hellscape of factories, smoke and commercial materialism. Nevertheless, we are not left hopeless, for he unveils secret glories which point toward permanent things.

The following article is not listed in the bibliography by Goldstone & Sweetser.

What Pays in Coventry:
The Swarms of New Perambulators
by
Arthur Machen
December 20, 1915

I waited for the train at Coventry; I hung with grooms and porters on the bridge: thus Tennyson. I looked for that bridge, and I could not find it. Unless, indeed, Tennyson and the grooms and porters all climbed up a rough ashlar, eight-foot wall and sat on the top of it. This possibility I cannot contemplate for an instant; so I suppose that the wall of the bridge over the railway has been rebuilt. This by the way.

“It’s repetition that pays best in Coventry,” said the Engineer to me. I had often thought this statement true in the arts, but I could not believe that the Engineer meant what I meant. So I asked him what he did mean.

“What is repetition?” I said.

“Doing the same thing over and over again.” 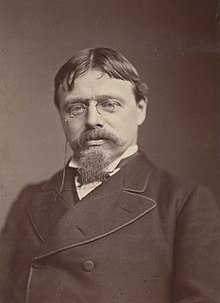 I wanted to say, “Like Alma Tadema,” but I didn’t, and the craftsman went into details.

“The things we make here,” he continued, “are done by a lot of separate operations. And one workman does one thing, and he does nothing else, and he gets so expert at it that he can put his particular touch to the shell or the fuse in very short time, and as he is paid by the piece he earns a good deal of money.”

That is repetition in Coventry, and the Engineer opposed it to the really skilled work which is not nearly so well paid. “There are girls,” he declared, “who get so used to their job that they can do it with their eyes shut.” He illustrated what they had to do with a gesture: a forward push of the machine handle, and then a backward pull. There is a lot of girl labour in Coventry, and the girl who would get a pound a week before the war now earns thirty-five shillings. The fifty shilling a week man may be making four or five pounds. The man who “sets” the machines for the repetition people is making about three pounds a week. The engineer did not think that on the whole Coventry was so much better off than before the war. Wages had risen, but prices had risen too; everything was dearer. There was a great scarcity of house.

“What are you paying for your houses?”

“Seven and sixpence a week for two above and two below with a small scullery.”

“Rooms,” understood. And he informed me that five pounds had been given for “the key” of a house. Mediæval lawyers would call this payment of a fine on livery of seisin. I should call it a bribe to the house agent. I heard of this practice in the pleasant valley of Tonypandy.

Still, as the engineer admitted, business is brisk at Coventry. They are making there shells and fuses, and machine guns, and ships’ guns and certain great land guns that will utter their mighty voices before very long. I heard the details of these weapons and have taken care to forget them. They are making motor-cars of all sorts for the wars; they are making those “catterpillars” that can climb up a steep bank, because they have legs as well as wheels. Work goes on day and night, old factories are being enlarged, new ones are being built, some of these for the making of high explosives. Hence many Irishmen who have come into the town to do the navvy work that precedes factory and building, are now housed in huts and tents.

Finally, I asked the Engineer whether he thought the people were saving.

“I think they are saving,” he said, “especially since the restrictions—he meant the drink restrictions—that have been imposed on us.”

He may be right; but my observation assured me that Coventry has been spending money freely in one particular. I have never seen so many perambulators, such great parks of perambulators as I observed being wheeled up and down the steep Coventry streets. And they mostly belonged to the wives of working people, and they were new, and they were shiny, and they were enamelled in delicate tints of pale yellow, buff, and lilac. They swarmed like locusts, they occupied the pavement, and the result was that foot passengers devoid of perambulators were forced to get out on to the roadway, and dodge the cars. There was a dense, slow-moving crowd everywhere; but I did not see the ruddy, big framed country element that seemed to prevail at Leicester. The Saturday throng at Coventry was made up of well-to-do workpeople doing their shopping. And the shops, like the people, looked bright and well-to-do.

Coventry is a strange place. Up and down its steep main streets, in narrow, winding byways, in dim old courts approached by passages, one sees the fading windows of a gorgeous mediæval city; a place rich and prosperous and adorned with beauty. Here is a half-timbered, gabled house, of which the carved fifteenth-century barge-board is a pure joy. It was dark and I could not see the details of the old work distinctly, but I could see enough to know how good they are. And there is a blank, ruinous space next to this old house, no doubt its fellow in beauty stood where rubbish now is a few weeks ago; and across the heaps of broken stones and the pits in the earth I can see the walls of a huge, raw, brick factory. The works are doubtless being enlarged, and so ancient pleasantness and peace had to come tumbling down.

Somewhere in the town, where I had come down one steep street and was to go up another, there is a beautiful old chapel. It was built of a warm, reddish stone, and its windows were filled with exquisite fourteenth-century tracery, “flamboyant” and “geometrical Decorated,” and so far as I could make out, “unrestored,” true ancient work in its true state. I should think that this must have been a Guild Chapel—there were glorious guilds in Coventry. Now it is in the queerest state. A notice says that there is a mission service held there once a week; and along the rails about it were hung the show-cases or photographs of the company that were playing at “Opera House” next door. I noted with a melancholy pleasure that some of the ladies of the company resembled the beautiful old window in this: they too were flamboyant.

And in the heart of the town, high on the hill, there are two great churches in a kind of close, within a few yards of one another. The larger is cathedral-like in its proportions—I believe it has of late become a cathedral—and each church sends up a noble spire, the flame of the old devotion and adoration aspiring upward: for in those days the very stones changed their natural substance and became fire and light.

But all about this old Coventry are the great factories and the high chimneys, and smoke of their furnaces, the smoke of quite other fires that have become of all things most needful in this quite other age. I am not sure, and it is always hazardous to prophesy, but perhaps the flames of new Coventry have become necessary because we had utterly forgotten the flame that burned in old Coventry. Mr. Squeers‘s motto: “Never postpone business,” is no doubt sensible enough, and good as far as it goes. But I doubt whether any nation can with safety assume this motto as its complete gospel, watchword, oriflamme, and standard of salvation. Cobden and Bright, of course, thought it identical with the Christmas Song of the Angels: therefore the furnace fires are hot in Coventry town—and there is an all-pervading reek of machine-oil.

Next: My Book Shelf

One thought on “What Pays in Coventry”